Should we invent a new rite of passage for this very peculiar time? Retouch this blank year in technicolor? The urgency of the present calls for commitment above all—a commitment on the part of the Rencontres d’Arles to the photographers, artists, curators, partners and institutions with which the festival has forged such strong ties for so many years. Far from imagining a tabula rasa tempting us to break away from the suspended time induced by the pandemic, it becomes about reflecting on how to update a heritage: that of last year’s festival, developed by Sam Stourdzé around the theme of resistance, and the photography that in his words, “stands up, opposes, denounces...re-enchants.” I wanted the program to be built around these premises, taking them further, with variations and echoes, new additions and derivations that allow us to grasp this force as well, the urgent need for the Rencontres d’Arles to gauge the pulse of the world. If the skies are not yet clear, if the light is still dim this summer, we must still make visible the multiplying bursts of light produced by the invited photographers and artists.

If Pier Paolo Pasolini understood how the tension produced by the fierce spotlights of power threaten the flashes of light from opposing powers, Georges Didi-Huberman offers hope in Survival of the Fireflies (2009). According to him, we must recognize a resistance in the smallest firefly, a light for all thought.” Photography continues to emit light signals, opening up spaces for new methods of resistance. Arles in midsummer will be like a constellation of fireflies, made up of a thousand lights illuminating the diversity of regards, polyphony of stories, and symbolizing the survival of hope and consciousness-raising by means of the image.

The sites chosen for the festival this year offer as varied a scenery as an atmosphere, in keeping with the program’s diversity. They take place at heritage, historical sites downtown, at Atelier de la Mécanique in Parc des Ateliers, at Monoprix and Croisière, and out to several city gardens.

In the Église Frères Prêcheurs at the center of Arles, Emergences takes up residence this year with the Louis Roederer Discovery Award in a new format. Each year now, a new curator will express their vision of trends in young contemporary art. The year 2021 was entrusted to Sonia Voss, who uses a new design concept that puts the projects into dialogue with one other.

A walk through the modernist building housing Monoprix leads to a universe where identity and fluidity come together. SMITH’s Desideration is a multi-sensory exploration at the crossroads of different practices, in which photography, narration, fiction and form become one; it’s a voyage to a poetic cosmos, asking each one of us the essential question of our existence beyond gender and beyond bounds. Also, as the pandemic leads us to question the limits of humanity, Rethink Everything introduces us to a Latin American scene with a feminist practice probing the body as well as society in all its aspects. The question of representation is also addressed with the exhibition The New Black Vanguard, which celebrates the black body in all its diversity, striding the disciplines of art, fashion and culture.

These multiple viewpoints on the world find an echo in Pieter Hugo’s introspective Being Present. A focus on the portrait brings us to many places on earth, but asks us to take the perspective of the other. And turning toward the other, to distant horizons, is also what the Atlas section offers. Here again, we’re invited to travel, and to look at a map covering geography, history, sociology and psychology. So, we’ll find perspectives from South Africa, but also from Sudan and Chile, to move us across the globe. The Rencontres is also about revisiting the history of the medium of photography and its players.

Thus, the opening of Charlotte Perriand’s archives express how photography and photomontage played a decisive role in her creative process, both in her aesthetic development and political involvement in the 1930s. Then we must mention Sabine Weiss, who turns 97 this year. Her work will be shown at the chapelle des Jésuites of the Museon Arlaten, a brand-new venue for the Rencontres.

These are just the first flashes offered by the festival this summer. Along with the Rencontres’ executive director, Aurélie de Lanlay, and the entire team, we invite you to discover the rest of the program opening July 4th in Arles. 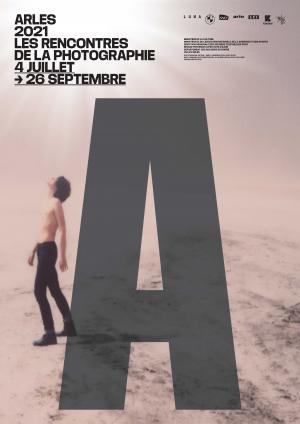