Exploring the porosity of artistic and scientific practices, philosophy and speculative narratives, Désidération proposes another mythology of space, through the thought of an interstellar humanity in search of new alliances with its original cosmos. Playing on the confusion of its etymology, which oscillates between the regret of the loss of the stars (de-sideris) and the desire for their return, Désidération designates at the same time a proposal of diagnosis and remediation to the contemporary disaster, to the late capitalism, to the terrifying anthropocene. Our civilisation seems to have lost something fundamental in its daily relationship with the starry sky. From this discreet fact, which highlights the material and spiritual destruction of our societies, a new configuration of the imaginary must proceed, a zone to dream in which new mythologies populated by hybrid figures are formed, to invent a new pact with the cosmos. Thus, with the earthly figure of Anamanda Sîn, we will discover a new sensibility, where meteorites constitute the link between the past and the future, the earth and the sky, art and science, the non-human and the human, melancholy and desire.
Find the extension of the exhibition Désidération in Avignon TGV station. 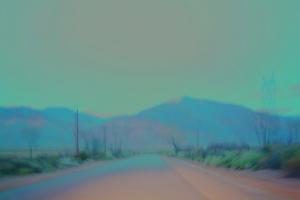