For several years now, Sabine Weiss has been recognised and honoured as the last representative of the French humanist school. However, few people are aware of the richness and diversity of her work, preserved intact in the house-studio where she has lived since 1949, and whose treasures she is only beginning to reveal. At 96 years of age, the woman who claims to be a photographer-craftsman and a witness rather than an artist has nonetheless built up a veritable photographic monument, in a free and independent manner. The new retrospective, presented in the recently restored chapel of the Museon Arlaten, highlights the dominant features of a body of work that is in constant sympathy with human beings, as well as the other aspects of the photographer's profession. Reportage, illustration, fashion, advertising, artists' portraits, personal work: Sabine Weiss has approached all areas of photography as a challenge, a pretext for encounters and travel, a way of life and a mode of self-expression. With a renewed selection of images, films and personal documents, the exhibition gives an account of this lifelong passion. With the support of the Swiss Confederation. 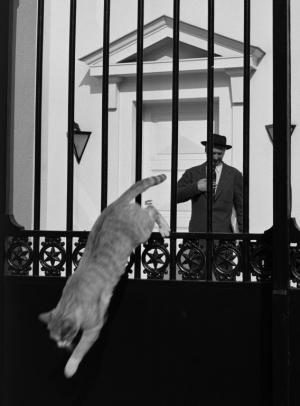