The starting point of this work was in the Calais Jungle, on the eve of the evacuation of the shanty town in 2016. Jean-Michel André continued it for three years, in France, Italy, Spain and Tunisia. Everywhere he went, he met refugees seeking shelter; women, children and men brought together with the sole wealth of the infinite time of hope. Borders is not composed as a linear series, nor quite as a narrative: rather as a collection. Jean-Michel André photographs the traces of crossed territories, revealing the shadow, the wandering, and tracing a fragile line between the real and the imaginary, the memory and the present. The temporality is floating and the spaces uncertain. 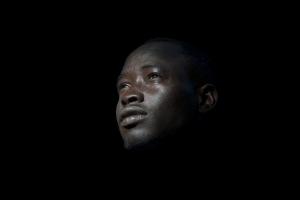